It’s a dreary early-spring day in the Auvergne region in France. At some unknown stretch along the highway, I sit at a rest-stop cafeteria table eating bad baguette sandwiches with two strangers.

We sit and chew hard bread and wilted lettuce in companionable quiet. Cold rain splats against the windows and I shiver in my damp jacket and jeans.

I have no idea where we are. I wonder what I would do in the event of separation: just me and my purse and my portable that is dead.

But I am unaffected. I am bold.

Much like raw milk cheese, BlaBlaCar is a French invention unlikely to appear in the United States. Less delicious than Mont d’Or but certainly more practical, BlaBlaCar is a service that connects riders with drivers in a searchable and safe incarnation of hitchhiking. BlaBlaCar meets a real need as a cost-effective way to travel long distances, say one to ten hours of route. 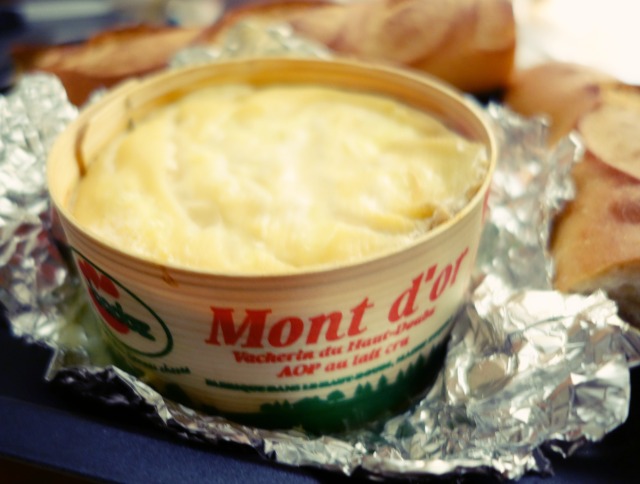 The website and app are available for free. Drivers set the price per journey, which includes one seat in the vehicle, and BlaBlaCar takes about a 12% cut. BlaBlaCar now has a presence in 18 countries, but the US is not one of them. As a Business Insider article explains, BlaBlaCar’s effectiveness depends upon a strong public transport infrastructure, making it a brilliant fit for France and Germany, while hypothetically leaving American users stranded.

Unlike Uber, which has exploded in American cities, BlaBlaCar doesn’t work like a taxi service. Drivers input their routes, say, from Paris to Lyon, and mark four or five stops they could make along the way. Rarely do they stray from meeting points, which could include a major train station in each city they pass through. Users can take a bus, tram, or metro to meet the driver and then to hop to their final destination.

This wouldn’t work well in the US, where the meeting point could be miles away from where you are; the drop-off point miles from where you want to be.

Living, as I do at the time, in a quiet corner of the already-quiet center of France, I use BlaBlaCar to fill the gaps in train schedules. Montluçon is already under-serviced in terms of transportation, and I’ve watched resentfully over the year as routes to and from major cities have simultaneously decreased in availability and risen in price.

Today, I’m using BlaBlaCar to get home from Lyon. The rest-stop sandwiches mark the halfway point.

In the morning, I sent my mom to the airport and headed with my bags to the Croix-Rousse. Traditionally the silk workers’ neighborhood, it offers a nice view of the rest of the city–or it does when it’s not pouring buckets. After several metro changes, my wet hair plastered to my face, I drag my suitcases into an old-fashioned belle-époque café where everyone knows each other, even the dogs in their raincoats, and the day’s newspaper is thrown around with cheerful abandon.

Cyril, who I know by first name and through a few staticky phone conversations, told me to meet him around the mairie of the 6 arrondissement. A BlaBlaCar truth: he who possesses the vehicle shall make the rules. Instead of meeting him at the Part-Dieu, Lyon’s major train station which is conveniently located just down the street from my hotel, I lug my bags through metro stations, across a halfhearted market, and up a hill. There it is, the city hall: I think. I inhale a couple of cappuccinos and try to warm up.

Cyril is late. He calls me every twenty minutes with updates–something about a bouchon. Finally, he arrives, driving a sinister and decidedly un-French white van. He is thirtyish with a lumberjack beard and cold-weather gear. He helps me with my bags. From the outside, it seems I’ll have plenty of room to stretch out and sleep during the trip. But when Cyril opens the door, I see that there are only three seats in the cab. As the latest addition to the van of strangers, I am relegated to the middle, feet necessarily perched on the raised platform, knees practically to my nose.

Cyril’s van and his route are highly in-demand. As we drive, Cyril makes and answers phone calls and negotiates exact pick-up times with other riders. We let a girl out in a Flunch restaurant parking lot and pick up one guy on the side of a highway.

I am still in the middle feeling like an oversized child, but I am just glad to be going home and saving fifty euros doing it. I don’t exactly have money to burn. Today’s ride was a third of the cost of the only train that would get me from Lyon to Montluçon.

Road trips are good for thinking. One thing I think about: I am not used to depending on strangers. That’s what I think, anyway, before I realize that is a totally false impression cultivated from an American sense of possibility and individualism. I am not used to depending on strangers–overtly. Really, other people make my coffee and grow my tomatoes and fix my car, yet I still maintain a sense of independence that has been stripped away while I live in France. I become very quickly aware of how often my well-being depends on the kindness of a bus driver or waiter, a random dog walker or fellow diner. And when it comes to travel, I now depend on this updated, tech-based version of hitchhiking.

I’ve ridden with Cyril, Dominic, Valérie, Fred, Karim, Arthur…sometimes Mary and I ride together and we talk about our plans as if these people are our friends. Wanna stop for espresso? Dominic’s running late. The fact that we know them only by first name points to the strange intimacy of road tripping with strangers.

Do you sit in the front or the back? Should you sleep or maintain polite conversation? How likely is it that you and your conducteur will be belting out show tunes and exchanging emails by the end of the ride?

The answer to these questions is not évident. An easy way to start a conversation is by asking about the driver’s motivation. Sometimes it’s simply money; a way to help them justify the expense of weekend trips to see a boyfriend. Sometimes it’s company, a way to spice up an eight-hour drive.

Company comes at a cost: it’s both good and awkward. There’s a strange self-consciousness that comes from the fact that the rider and driver will be publicly rating and reviewing each other after the trip. Sometimes when I scatter croissant crumbs on the seat or fail to really engage with the driver, I scramble to atone for what could be perceived as poor company. No one wants to lose at this game of Rent-a-Friend. BlaBlaCar feels a lot more personal than Uber and other comparable services.

As such, BlaBlaCar does its small part to prepare users for possible personality differences. When users create a profile, they are urged to designate their preferred level of chatter: from Bla to BlaBlaBla, or, it might be stated, the likelihood that you will annoy the person sitting next to you.

Your rating on the website could prove important: drivers can reject ride requests, and some days there might be but a single BlaBlaCar leaving from your location. There’s a small element of personal marketing when you’re competing against others for transportation rights.

Ooh, he’s cute. Mary and I discuss potential drivers (which fully illustrates the lack of thrilling activities available in our town. We joke that we’ve become really boring). Why did they reject me?!” Personal.

I wonder how often two people have met and fallen in love over the course of a BlaBlaCar ride share. It would make a lot of sense, I think. People have clicked for less than similar music tastes.

I certainly did not find love. I did, however, find a not-so-secret admirer, a good fifteen years my senior, who wrote me a review on the site. In it, he praised our belle and enrichissante conversation. I was a person both interesting and sympathique (to borrow the French syntax). And he wanted to get dinner sometime.

When I saw it, I snorted. Beautiful and enriching? He must’ve been talking about the sound of my snoring. The car was crammed with four twenty-something girls, and, sitting in the back, I could barely hear his eager questions. He tried to make eye contact in the mirror, not paying as much attention to the road as I would prefer, so I decided to feign sleep until Lyon. Still, and much to the annoyance of the very-awake Mary beside me, he wasn’t deterred. Is Jessica cold? Does she mind if I smoke? Does she have enough room back there?

You won’t always click with your BlaBlaCar driver. You probably won’t find love.

But for the frequent, tired traveller, the service offers an element of humanity unmatched by the TGV. With a ride-share, you will not be spit out on the train tracks in an unknown city. You will have a chance to hear someone’s story, learn about a new region, get advice and restaurant recommendations. Unless they would rather shut up and drive. And that works too.

In a time when technology has the troublesome side effect of isolating humans into tiny virtual worlds of our own creation, I am cheered by this opportunity to, quite simply, talk to strangers. It meets a real transportation need, and a subtler need too: the need to connect with people. As a lonely American transplant, I appreciated these miscellaneous encounters.

Sometimes they were awkward or embarrassing. They were boring, or else really pleasant. They were human.