Switzerland in a word: cozy. As is my tendency, I had given the country an embarrassingly little amount of thought until I visited. Roger Federer. Watches? I had once been warned away from visiting for a weekend, told there was nothing to do.

But a short visit last week (our honeymoon!) was enough to pique my interest. Over hot chocolate, hot baths, and clean, cold air, I even forgot my aversion to winter. Switzerland (at least, the tiny part that I got to see) is not a bland, no man’s land, but a diverse, adventurer’s country that also happens to be extremely appealing in terms of aesthetics as well as gastronomy. 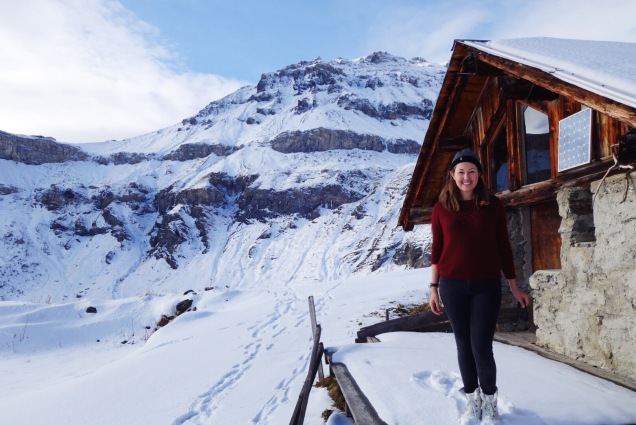 A few days after our wedding, with the big day still a blur in my mind, we set off on the seven-hour-drive from the outskirts of Paris to southwestern Switzerland.

We were staying in Crans-Montana, a resort town where Victor used to visit with his family. He had fond memories of skiing, warm plates of raclette, and time spent with his grandmother, but hadn’t been back for over a decade, when he was a teenager.

Crans-Montana is located in the Valais, one of the twenty-six cantons of Switzerland. Everyone around us spoke French, though we had to pay in Swiss francs instead of euros: beautiful printed bills on thick paper and shiny silver coins worth as much as 5 CHF apiece. While the Valais is French-speaking, Switzerland has four official languages: French, German, Italian, and Romansh, in a fascinating example of geographical boundaries influencing language. Where there be mountains, you can probably find some linguistic diversity. 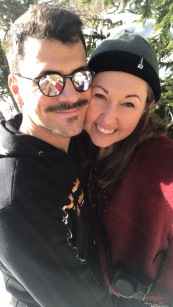 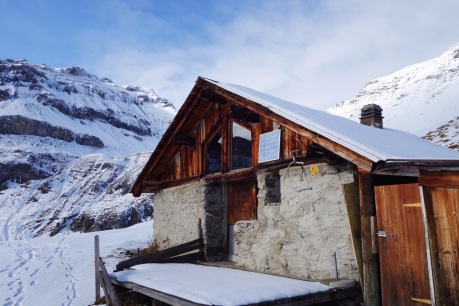 But the causes aren’t all geographic. As this article explains, “Switzerland is a Willensnation, or nation of the will,” where the twenty-six cantons agree to work together, but without an especially powerful central government. As such, no uniquely Swiss language was ever imposed on the different cantons (which were once fully sovereign states).

We had plenty of time to explore our surroundings. We wouldn’t be doing any skiing, as we’d arrived a little early for the season, most likely missing the snow by a mere couple of weeks. Our plan, then, was simple. Hike in the mountains, refuel with stick-to-your-ribs winter food. 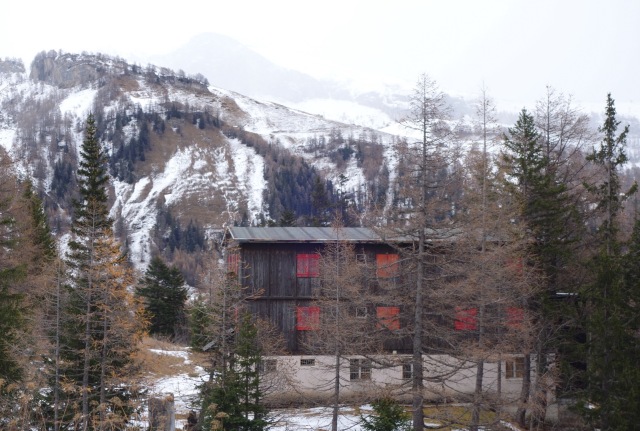 Despite wheezing from a cold and the effect of the thin mountain air, standing at high altitudes next to a rushing waterfall or frosty lake felt exhilarating. Under full sun, the snow glittered. Everywhere were tiny chalets. They dotted the ice-blue mountainsides, looking sweet and lonely. The air smelled of pine. Icicles sat poised on cliffs overhead like daggers waiting to fall. (I always tiptoed past them, remembering what I’d heard about an icicle being the perfect murder weapon.) 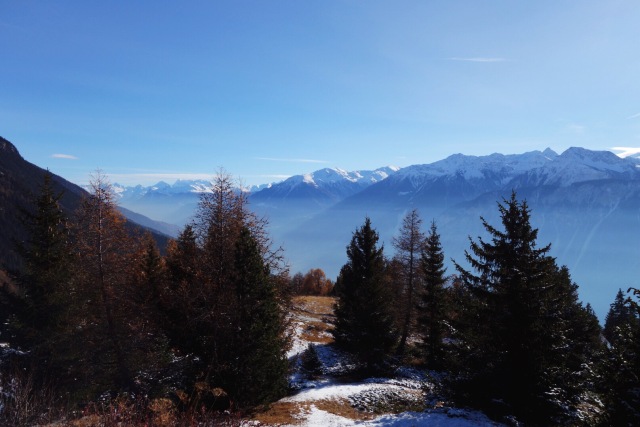 Restaurants sat hidden in hills, far away from the rest of civilization. They catered to hikers and skiers, offering an improbable refuge (and likely, fondue). Inside, these places had low ceilings, lace curtains, folksy printed tablecloths, and depictions of woodland creatures like something out of a wintry children’s book by Jan Brett.

Swiss cuisine, our regime for the week, was a mash-up of offerings from the surrounding countries. On a menu board next to a typical boeuf bourguignon or German choucroute with sausages, you’d find several varieties of fondue, sausages made from veal, potato rösti (like a big hash brown), raclette (melted raclette cheese served with potatoes, charcuterie, cornichons), and croûte au fromage (like the best grilled cheese sandwich you’ve ever had, eaten with a fork). 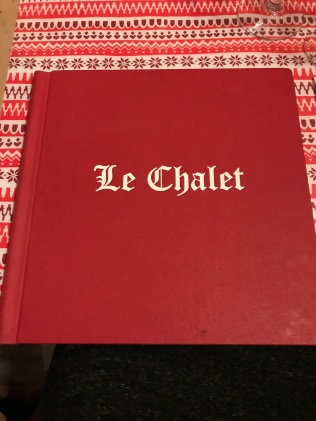 We tried everything, even returning to the same restaurant three times when their fondue proved addictive. It’s the perfect date food, the gastronomic equivalent of a hug or a fair-isle sweater.

2 thoughts on “winter wonderland: honeymoon in the swiss alps”

🐒 Embroidered this little monkey on Clara’s dress, to match her jungle cardigan. #embroidery #embroiderybeginner #lapetitefabriquedebroderie
Another day, another @bonappetitmag recipe hastily put together while Clara naps. ✅ Leftovers with curried peanut sauce + the jammy eggs I just learned how to make.
Ma première petite broderie. ✨ @roseceladon #lapetitefabriquedebroderie #embroidery #beginnerembroidery
New Key Energy 🌃 🏡 🔑 #crosstitch #moderncrossstitch #homesweethome
Exploring tiny ethnic markets is my love language. 💃🏻 Here’s a haul from the newest one we found, a little Japanese/Korean place where we grabbed, among other treasures, boba for homemade bubble tea 🍵
💥
%d bloggers like this: