Hi, I’m Jessica. I will be going somewhere soon.

That sentence lacks a certain…well, it lacks a lot.

My plan was to have my teaching contract in hand two months ago. I’d have a flight, a place to stay, and an idea of what my life will be like over the next year. As it is now, I have none of these things. But if there’s one thing I’ve learned for sure in this past year of travel, it’s that rarely do things go according to plan.

What I do have: the conviction that I will move back to France in less than two months (it will be somewhere near Nice. How near has not been determined). A job (though if the documentation for this job yet exists, I haven’t seen it). Heaps of newly-acquired language, teaching, and life experience that keep me from being a nervous wreck.

I am a recent graduate of the University of Missouri and hold bachelor’s degrees in English, French, and Linguistics. An eager francophile and language learner, I went abroad last fall as a language assistant with the Teaching Assistant Program In France. TAPIF is “a joint initiative of the French Ministry of Education, the Centre international d’études pédagogiques (CIEP) and the Cultural Services of the French Embassy. The program’s goal is to strengthen English-language instruction in French schools by establishing a native speaker presence, while also providing American Francophiles with excellent teaching experience and first-hand knowledge of French language and culture.”

My experience, from teaching to surviving in a lonely town in the Auvergne, was hard, weird, and frustrating.

And when the time came to figure out my next move, I sat down and thought about it and decided to do it again. 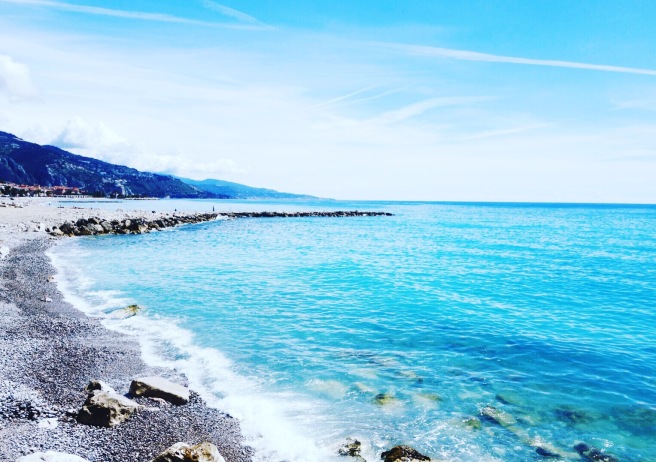 I like a challenge. If nothing in my life scares me, it’s time to do something else. So while I’ve been enjoying the summer in my Midwestern town, working a myriad of jobs and writing about the past and present, I am eager for the next scary, uncomfortable thing.

This summer has been marked by midnight career path epiphanies and long phone conversations with my mom and good friends. A summer Bible study for twenty-somethings really helped me cut down the stress, refocus on my priorities, and find friends to share the struggles with.

Peace Corps? Publishing? I don’t know. After a lot of thought and prayer, one thing became especially clear: I want to travel and I want to write about it.

One of my biggest writing values is honesty. I strive to tell the truth, even and especially when it’s unflattering or disappointing (See “Humble Pie in Lemon Land“). That way, there’s more to learn from and laugh about. There are lots of great blogs full of information about particular places: restaurants, travel advice, what have you. Though I have my own particular niche (France, language, teaching), my focus is stories. I thrive on serendipitous encounters and the beauty of cultural exchange.

I am on a mission to fight idealistic travel writing tendencies: I went through my waxing poetic about Paris phase and I vow never to return. If you see the words “hidden gem,” “breathtaking,” or “friendly locals” in my posts, please feel free to slap me.

Welcome to Round 2. Will I successfully integrate into francophone community? Will I learn to surf? Will my pedestrian luck avoiding mopeds finally run out?

Your guess is as good as mine.

Hello from the other side of the ocean. I’m back in Columbia, Missouri, beloved little college town, experiencing less culture shock than I expected to.

There was the initial whoa of the Baltimore airport: large people clutching super-large fountain drinks, families dressed in matching tee-shirts, the informality with which strangers spoke to each other.

But it’s not exactly difficult to acclimate myself to all this comfort, a lifestyle as squishy as my dream foam mattress topper. There is water everywhere. Bathrooms. Late-night food, clothing dryers, Wi-Fi. The strangest and best change is having my car back. I no longer have to plan my day around how far my tired feet or broken bike will be able to carry me.

I appreciate things more. Driving makes me giddy. Libraries a wealth of stories and information, all free and in English. Baths the perfect cure to a long day. Friends.

My friend Josephine came to visit for a few days, and it was so much fun to see Kansas City again, on my own, as an adult with a car. While she went to a wedding, I explored the Power and Light District, went to the art museum, took some pictures and took the free tram around town. We went to my parents’ house in Clinton and hung out with them and the new puppy for awhile, lingering over long meals, making failed macarons, reading the Atlantic, talking law and politics and life choices.

On that end, it’s really good to be back. 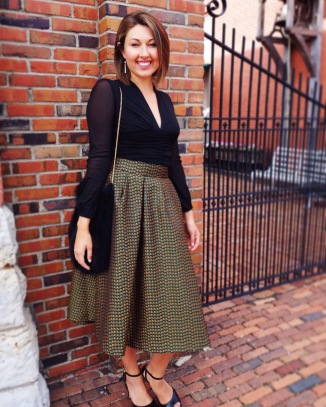 But there’s a certain strangeness, too. The path I’m currently on, a path of uncertainty and last-minute decisions, doesn’t exactly invite stress-free living.

I keep thinking about my English Capstone course the last semester of college, The Black Bildungsroman. It was my first experience considering the coming-of-age genre as a form. We talked about Goethe’s “Sorrows of Young Werther,” then focused on African literature (Camara Laye, Chimamanda Ngozi Adichie…). We talked about the advent of the teenager and about the elements of growing up: leaving the parents, embarking on a quest, taking an apprenticeship. We talked about liminal stages: the limbo transition period between childhood and adulthood. They can also exist between countries or cultures, and it’s a good place to get lost.

Maybe it’s a little silly, but my stint in France has me thinking liminal stage all the time. Here (the States, Missouri, the anglophone world, whatever) doesn’t feel completely like home anymore. It’s lovely and it’s comforting, but it’s missing something now. Some people assume that my time there has been just for fun, that I’ll come back to the States and stay and be a French teacher. But I don’t think I want that. I’ve worked so hard to integrate to a new culture, new life, new language. I don’t want to just forget that. But France certainly isn’t completely home either. Is that what you give up when you leave, ever having a home?

When I think of my future, my actual future, I see static, the black fuzzing of an old TV screen. The best I can do is conjure a vision of myself as I’d like to be: elegant and glamorous with great hair and a classic trench coat, working at a successful career in Paris, Chicago, or NYC, something somehow both stable and creative. In my free time, I’m going to shows and working on a cookbook and talking to interesting people from all over the world in two languages. Writing.

How do I get there, and where is it I want to go? I don’t have a real clue. My choices are endless, and that’s both a blessing and a curse.

I think that’s the mal du siècle of my generation in this century. We are paralyzed with possibility.

Already, I feel old. Laughable: I’m 23. But half of my peers (or so it seems) are marrying, moving, having children. The other half are working on careers. I am scrounging for a job at a sandwich chain.

I’m eager to start work on my own elusive career, but…I have decided to return to France in the fall. I have a contract renewal for the same crazy, fun, stressful, organizational nightmare of a job, this time somewhere in the south of France. That was what did it, the promise of so much sun. And I’m young enough and career-less enough and unattached enough to just go.

But sometimes here, lounging on a pool chair where I’m crashing at my brother’s place for a month, filling out applications for temporary jobs that fill me with dread, I feel like I’m hiding out from real life.

I have to remember, though, that this is real life. Mine. It’s just a bit different from what I ever expected. Messy. But it’s not like I’ve been wasting my time. My dad said something that helped me.

“I’m going to bet you learned more during your time in France than you could possibly learn in a year of college,” he said.

He was right. I thought out loud.

I learned how to teach. That was no small thing.

I read about 45 books, from classic thriller Silence of the Lambs to Gatsby to a nonfiction exploration of French cheese.

I learned how to stand up for myself, argue, and solve my own problems…en français.

I started learning Turkish, visited dozens of French cities, and mastered the metro.

I gave my cooking skills a real workout, talked to hundreds of strangers, applied and was accepted to a Masters program, and learned how to ride a bike in busy city traffic. The list goes on.

Now I’m spending the summer chasing around a toddler and a little boy (they are both so big now; it’s amazing) and I’m looking for another job. Fingers crossed it has some character. Like the coffee shop I’m in right now, Tom Petty on the radio and crowds of old men and hipsters smoking outside. I could be making Greek omelets and lattés and saving for that unknowable and glorious future.